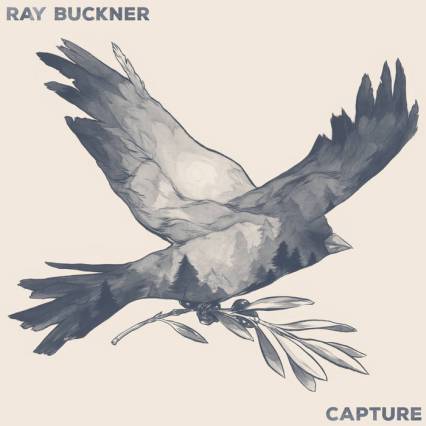 Somewhere between 2005 and 2007, I found myself performing at a warehouse-ish venue attached to the back of a pizza place in rural Vermont. At the time, it was one of those venues you don’t turn down an offer from. They treated artists well, and the crowds were generally incredible. I saw a lot of amazing up-and-comers there, but one specifically comes to mind while listening to Ray Buckner’s latest full length. This particular band (I won’t name names since I believe they’re long defunct) has an uncanny ability to mimic the vibes of early Copeland without coming across as anything like a carbon copy. I ate it up.

You’re probably wondering why I’m talking about a small, local band from 10-plus years ago while reviewing another artist’s record, so here’s my point: the best music has the
ability to transport you to another place and/or time. It heightens your senses and kicks them into overdrive. If you close your eyes, you can picture exactly where you were when you first listened to your favorite songs. And I mean TRULY listened. When I first heard Capture, I was immediately transported back to Vermont, a place I spent very little time in the grand scheme of things, and one that I didn’t even realize I had such fond memories of. I felt like I was standing on the floor watching Ray and his band perform, but a few feet from me.

Yes, the eight songs on Capture have that early-2000s vibe. But I’m not talking about that
Drive-Thru or Victory Records kind of vibe. Something more on the fringe. The title track
kicks things off in a relatively laid back manner, before leading into rollicking album
highlight “Can I Get a Light?” It’s an obvious choice for a single, with an alt-rock-esque hook that sounds equal parts familiar and original. In a similar vein is penultimate track “Hurricane,” with a toe-tapping groove and another earworm of a chorus. These two songs showcase Buckner at his most full, despite foregoing a backing band and performing each and every instrument himself. It’s an impressive feat in and of itself. The fact that he’s incredibly successful doing it is icing on the cake.

Among the liner notes of the record is the following quote from Buckner: “These songs
came out of a fight to reconcile my constantly wandering soul with the beautiful life I find myself in.” Currently in the same state of mind myself, hearing these songs in that context makes them all the more enjoyable. There’s a lot to make sense of in the world, on both a personal and an impersonal level, and I’m not convinced we’ll ever figure every little bit of it out. So when I heard “If this is the chase then I’m probably on the run
from myself / But I’m coming to terms with the fact I’ll never figure it out / As long as I can understand that what I’ve got is what I can’t live without” in the chorus of the gorgeous album closer “Cardinal,” it occurred to me that he and I might be kindred spirits.

And if nothing else, isn’t that what music is all about? Connecting with someone who feels the same as you? As far as his fight goes, Buckner seems to be navigating those waters just fine, and I for one am grateful for the insight he’s put to tape.