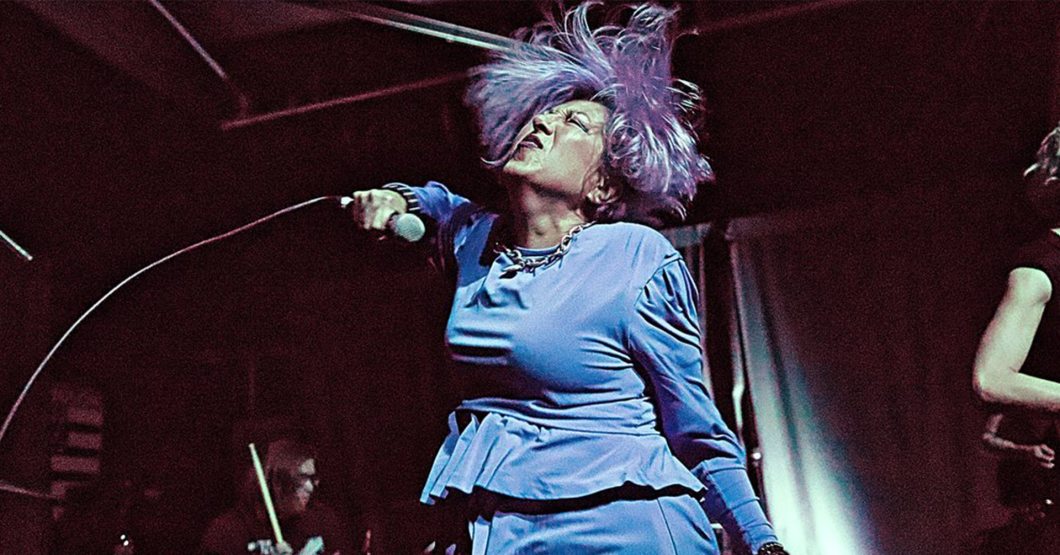 DWP got the opportunity to interview the awesome Alice Bag, the lead singer and co-founder of the Bags, one of the first bands to form during the initial wave of punk rock in Los Angeles, and which was featured in the film “The Decline of Western Civilization.” She’s also been in many other bands, and authored the books Violence Girl and Pipe Bomb For the Soul. Her album Blueprint was released in Spring 2018 and was named one of the Best Albums of 2018 by NPR. She’s playing at Hawks and Reed with Full Bush on August 9; you should definitely go.

Chris Hughes of Boston Hassle did the research and questions for this interview, via our DWP/BH partnership.

DWP: As a musician and stage performer, What does it mean to you when someone says the word “power?” Has your interpretation of the word changed over time?

Alice: Well, for me it means thoughtful and meaningful action. My interpretation hasn’t changed much, I realized pretty early on that what sometimes passes for power can be situations where authority is being misused. An abuse of authority is weakness. My father used to beat up my mother because he was strong and could overtake her, but I think he lost his agency when he allowed his rage to take over. Without thought and insight, power is just misguided force.

DWP: What type of music are you listening to recently? Any bands you want to shout out?

Alice: I want to shout out Fatty Cakes and The Puff Pastries. I recently produced their first LP, which is due out in November on Emotional Response. They’re a gang of radical Sailor Scouts who wrap irresistible pop melodies around keen political and social observations. I’m also really liking Francisca Valenzuela’s new video Tómame. I like my label mates Big Eyes and there’s a band in Oakland called Midnite Snaxxx that mixes up a whole bunch of flavors into a tasty, danceable feast. Teri Suárez from Le Butcherettes makes super creative music and her live performances are mesmerizing!

DWP: What’s the best advice you can give to a young and up-and-coming musician or artist aspiring for real social change?

Alice: For songwriters- write your truth, make it personal, make me feel it.
For other civic minded musicians- Do your best to stay informed about the people you work with: your bandmates, bookers, promoters. If you start with a community of like-minded individuals working towards a common goal, you will be a powerful force for social change.

DWP: Over the course of your career, being an L.A. artist, how open has the New England music scene been in comparison with others?

Alice: Open? I feel like the scenes that invite me to play are usually pretty open and inclusive. Obviously, the ethnic make up of New England is very different from that of Los Angeles, but each city reflects its diversity in different ways.

DWP: You’re also a writer and it says on your wiki page that you’re also an archivist of punk music, specifically of women. Why is this important to you?

Alice: A few years back when people started writing books about punk, I noticed that many of the women who had been instrumental in creating the L.A. punk scene were being written out of the narrative. Even when women were included, the narrative was already skewed towards the male-fronted bands. I remember being interviewed but not really asked about my own experiences as a member of one of L.A’s first punk bands, instead I was asked my opinion about specific male-fronted bands. It was like that joke where the person says “Enough of me talking about myself, what do you think of me?”

So I decided that I would interview the women I had personally known who were part of the early L.A. punk scene and post the interviews on my own website. I think it made for interesting reading and provided people who were curious with a better understanding of what the L.A. scene was really like.